Pankaj Tripathi
Jan 30, 2023
/
7
min read
Thank you! Your submission has been received!
Oops! Something went wrong while submitting the form. 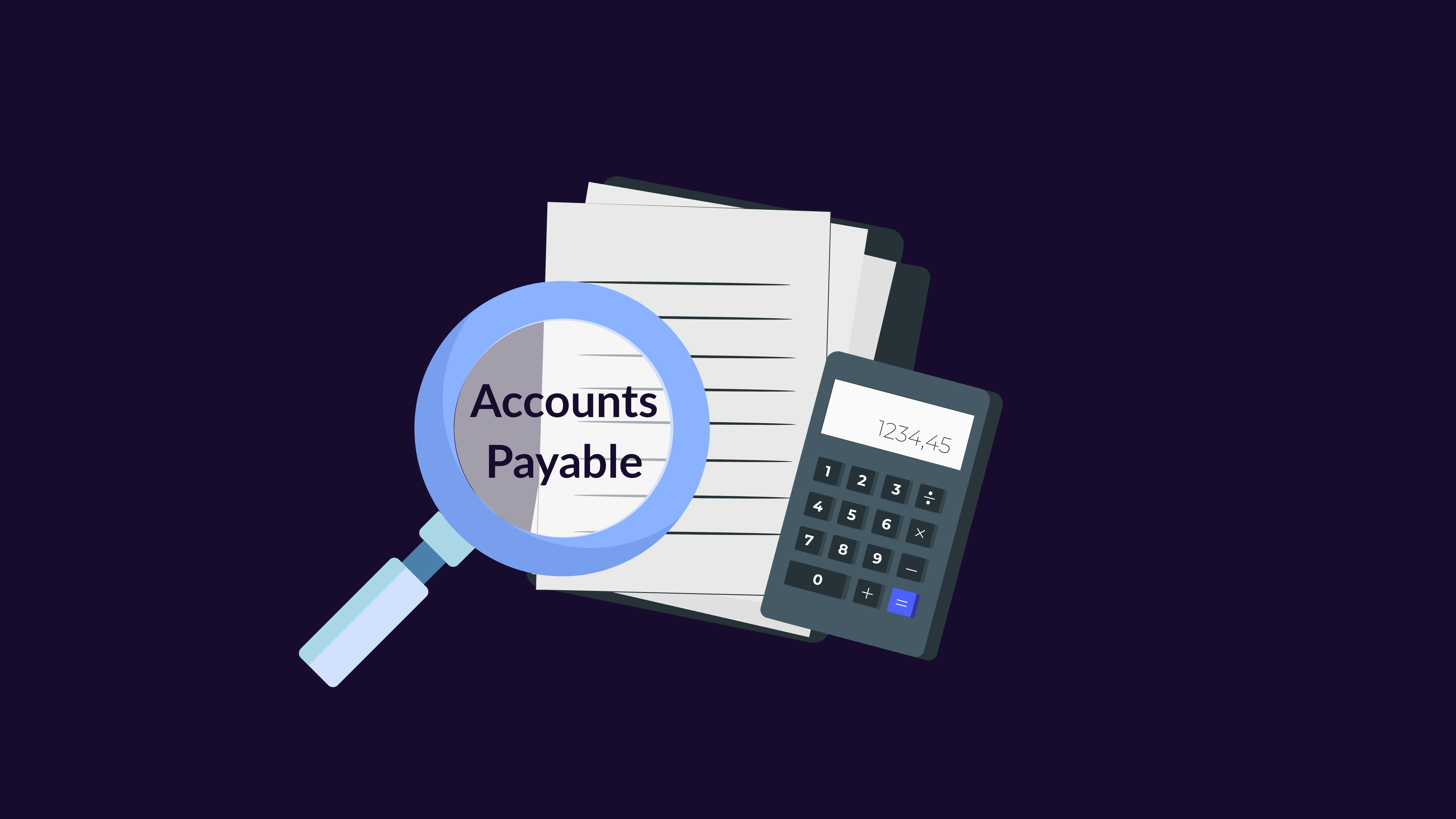 Accounts Payable (AP) is a current liability representing money owed to customers. Analysing the AP turnover (how long does the organisation take to pay the creditors) regularly can help organisations meet deadlines and avoid delinquencies. Accounts Payable influences a company's financial performance, credit conditions, and capacity to recruit investors and provides essential information about its general financial health. When deciding whether to invest or lend money, investors and lenders use these measurements to evaluate a company's solvency and management consulting procedures. In this article, we discuss how to calculate accounts payable, what to interpret and conclude from it, and the limits it has.

So, let’s jump right into it:-

What is Accounts Payable?

The total budget a firm owes to suppliers for materials or services supplied to conduct their operations is accounts payable.

AP is a type of short-term debt that must be paid back within the first year using the firm's existing assets, any resources or goods it utilises to produce cash flow, such as available cash or other cash reserves. Getting reimbursed personal expenses fees and handling petty cash for business expenditures may also fall within the purview of the accounts payable department.

Accounts Payable are classified as a subsidiary ledger in the income statement, one of several essential financial statements, under the accounting standard, the most prevalent accounting technique for corporations.

Their bookkeeping allows a company to precisely track its cash flow and guarantee that bill due dates are met, minimising missed payments and preserving mutually beneficial partnerships. A company that misses payments runs the risk of turning its outstanding debt, or short-term credit, into bad debt, which can hurt its liquidity.

Example: One of the primary financial indicators touched by AP is working capital. The cash a company holds to cover its urgent, day-to-day expenses is known as working capital. It is determined using the current assets and liabilities of a company. A company's inflow must ideally surpass its outflow, ensuring enough operating reserves to pay its expenses. As a result, a company's ability to stay in operation may be jeopardised by badly managed accounts payable.

Accounts Payable is calculated as follows:

The present obligations of the corporation to suppliers and partners are accumulated in AP. Therefore, when a corporation pays off a commitment, its AP is lowered. Cash is also lowered alongside using double-entry accounting. Hence, the asset side is lowered by the same quantity as the liability side.

It's crucial to measure the average amount of time it takes a business to pay its debts in financial modelling.

The accounts payable days method calculates how long it takes a corporation to pay creditors. If the days increase from one period to the next, it means the company is gradually repaying its suppliers, which could suggest a deteriorating financial situation. A difference in the number of payable days might also imply changed payment terms with suppliers, albeit this rarely has more than a slight effect on the number of days because numerous suppliers' conditions must be changed to affect the ratio significantly. It is calculated as:

A lower turnover ratio shows that a corporation is paying its suppliers later than before. The rates with which a firm pays its debts may reveal its financial health. When the turnover ratio rises, the business pays its suppliers more quickly than before. A growing ratio indicates that the corporation has enough cash to pay down its short-term debt on time. As a consequence, the number of accounts is growing.

What does the AP turnover ratio indicate?

Whenever the turnover ratio rises, the business pays its vendors more quickly than in prior eras. A growing ratio indicates that the corporation has enough cash on hand to pay down its brief debt on time. As a result, a rising accounts payable turnover ratio may show that the firm is successfully managing its liabilities & working capital.

A growing proportion over time, on the other hand, could signal that the business is not investing money in its company, which might lead to a lower development rate and reduced earnings in the long run. A company's goal should be to create sufficient funds to cover off its accounts payable fast, but not so rapidly that it misses out on opportunities.

The financial ratio used to calculate is an accountancy metric that determines how efficient a company is at recovering debts or money due from customers. The ratio demonstrates how a company is managing and uses the credit it gives to consumers, as well as how fast that debt is recovered or paid.

It's appropriate to determine a company's financial ratio to other companies in the same industry, as it is with other profitability metrics. Each industry may well have a standardised turnover differential that is exclusive to that sector.

A restriction of the ratio may be when a product has a strong turnover ratio, that creditors and investors would regard as a favourable development. If the ratio is significantly greater than that of other firms in the same sector, it may signal that the business is not engaging in its future or correctly managing its cash.

Company A bought its resources and inventories from one source and had the expected conclusions in the previous year:

The following is the formula for computing the mean payables for the entire year:

The following formula is used to determine the payables turnover ratio:

Company A paid its Accounts Payable 2.5 times throughout the year by dividing $200 million by $80 million.

If your company purchases any of the items or services mentioned above on credit, entering the sum into AP right away is critical. This will maintain your balance sheet up-to-date and correctly display the total amount due to your vendors, allowing for openness in your accounting and bookkeeping procedures.

Accounts Payable is created when a corporation buys goods and services on credit from its vendors. They are anticipated to be settled in a year or one business cycle (whichever is shorter). AP is among the most present forms of current liabilities on the income statement, since they reflect a firm's unpaid expenditures, as AP grows, so too does the cash position (all being equal). When the Accounts Payable are paid back in full and decreased, a company's cash position is reduced by the same amount. This is a crucial idea to grasp when conducting a business's financial statement.

The Accounts Payable department’s job is to help an organisation financially, administratively, and clerically. They are meant to oversee the complete accounts payable process. This is a vital function in the firm's finance department, and it entails coding, authorisation, pay, and balancing of sales invoices.

Each accounts payable group's responsibilities contribute to improving the payments process and ensuring that money is paid solely on legal and precise bills and invoices. A skilled and well-managed AP staff can save your company significant time and expenses.

Suggested
Intelligent invoice processing: A complete guide
Accounts payable is a key financial function for any business. Corporations can have thousands of suppliers; even for relatively smaller businesses, the number of suppliers could be in hundreds. All the invoices they receive from these suppliers come in multiple formats, layouts, and templates - some semi-structured, some unstructured. Therefore, firms expend time and resources to capture invoice information through manual data entry and verification of accounts payable. Manual data entry is not feasible in the long run, definitely not on a large scale. Before we talk about how intelligent invoicing solves the problems associated with manual invoicing, let’s discuss the challenges in much detail.
Suggested Case Study
Automating Portfolio Management for Westland Real Estate Group
The portfolio includes 14,000 units across all divisions across Los Angeles County, Orange County, and Inland Empire.
Thank you! You will shortly receive an email
Oops! Something went wrong while submitting the form. 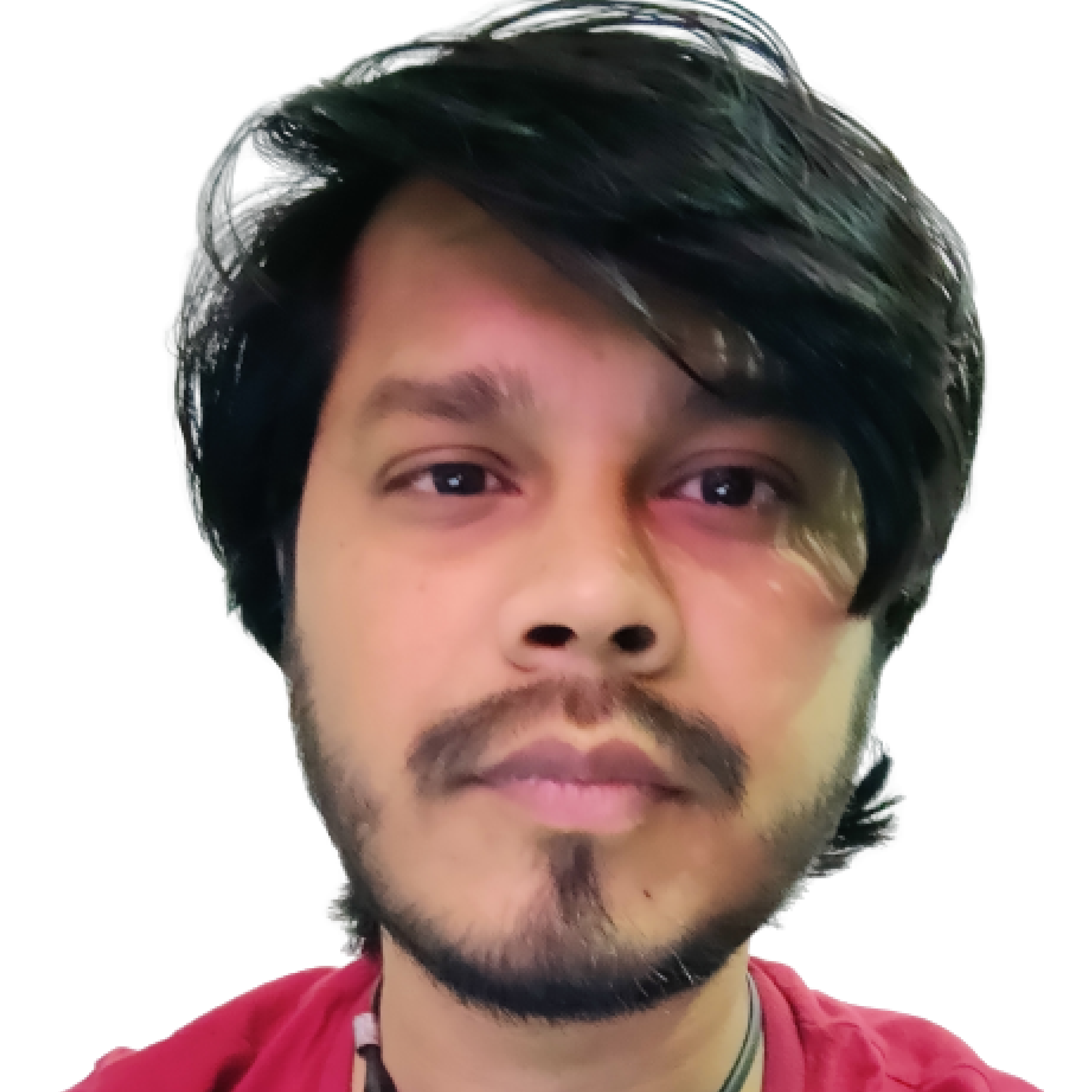 Check out how Valtatech achieved 95%+ STP rate for invoice processing 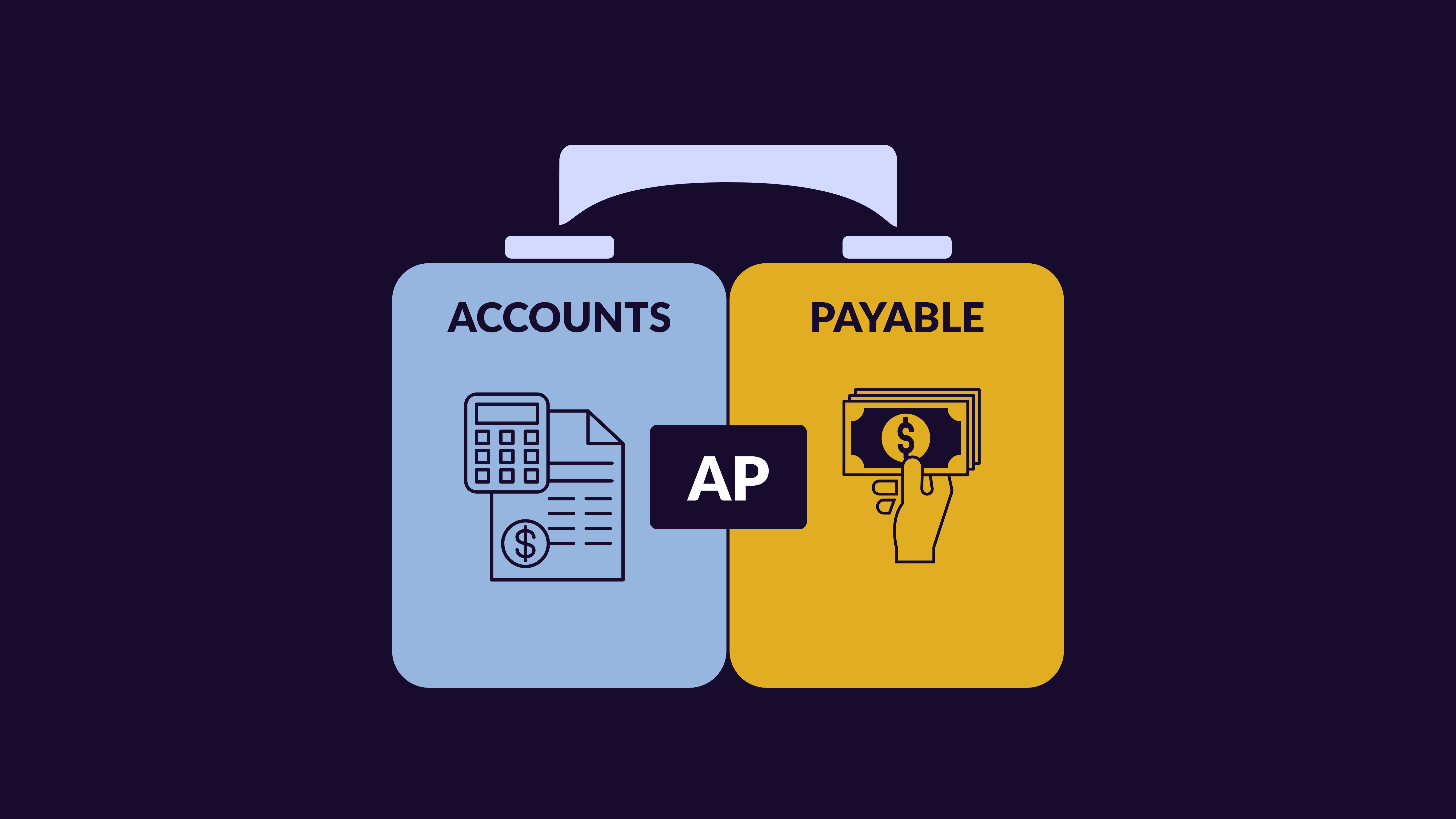 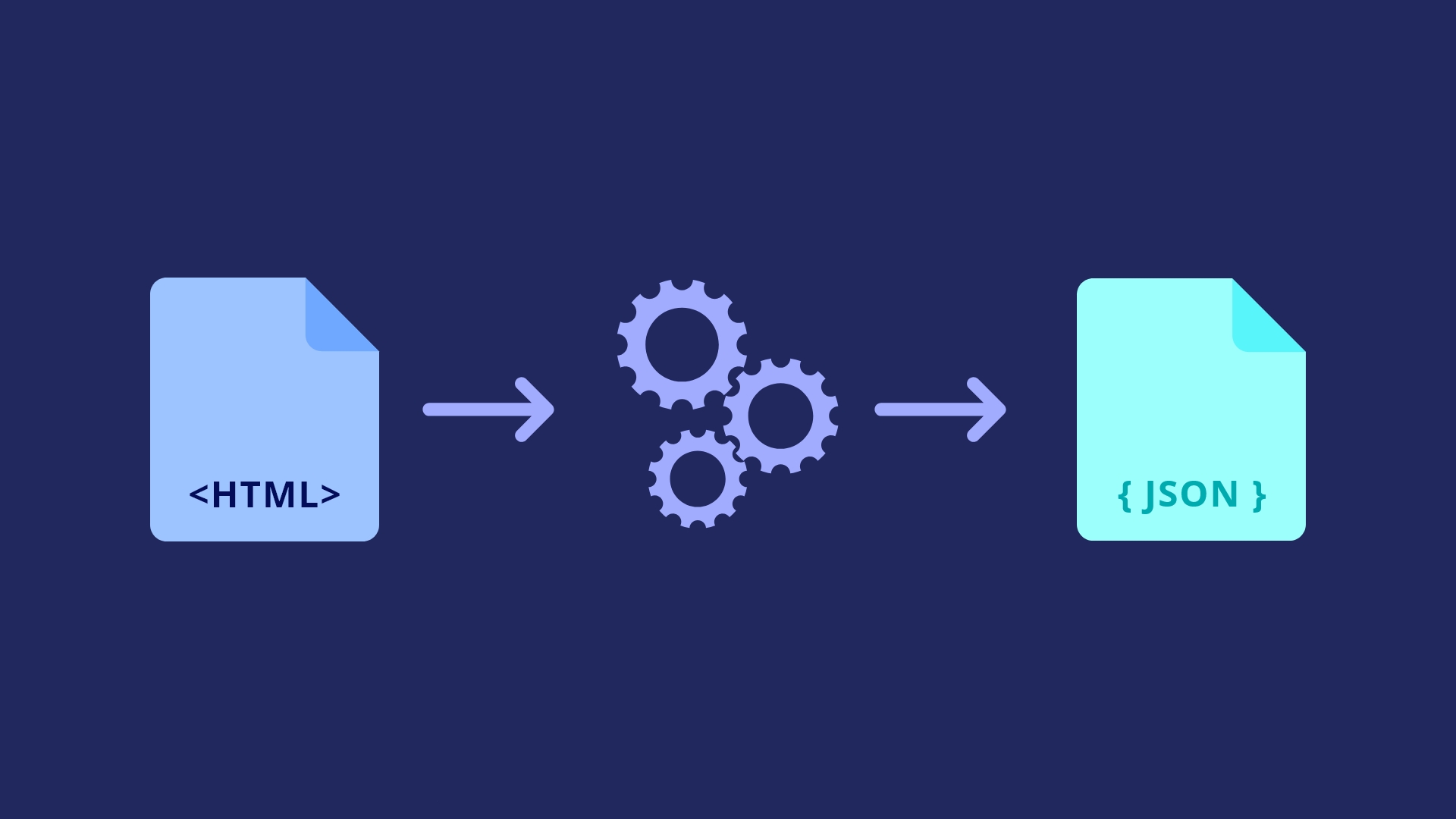 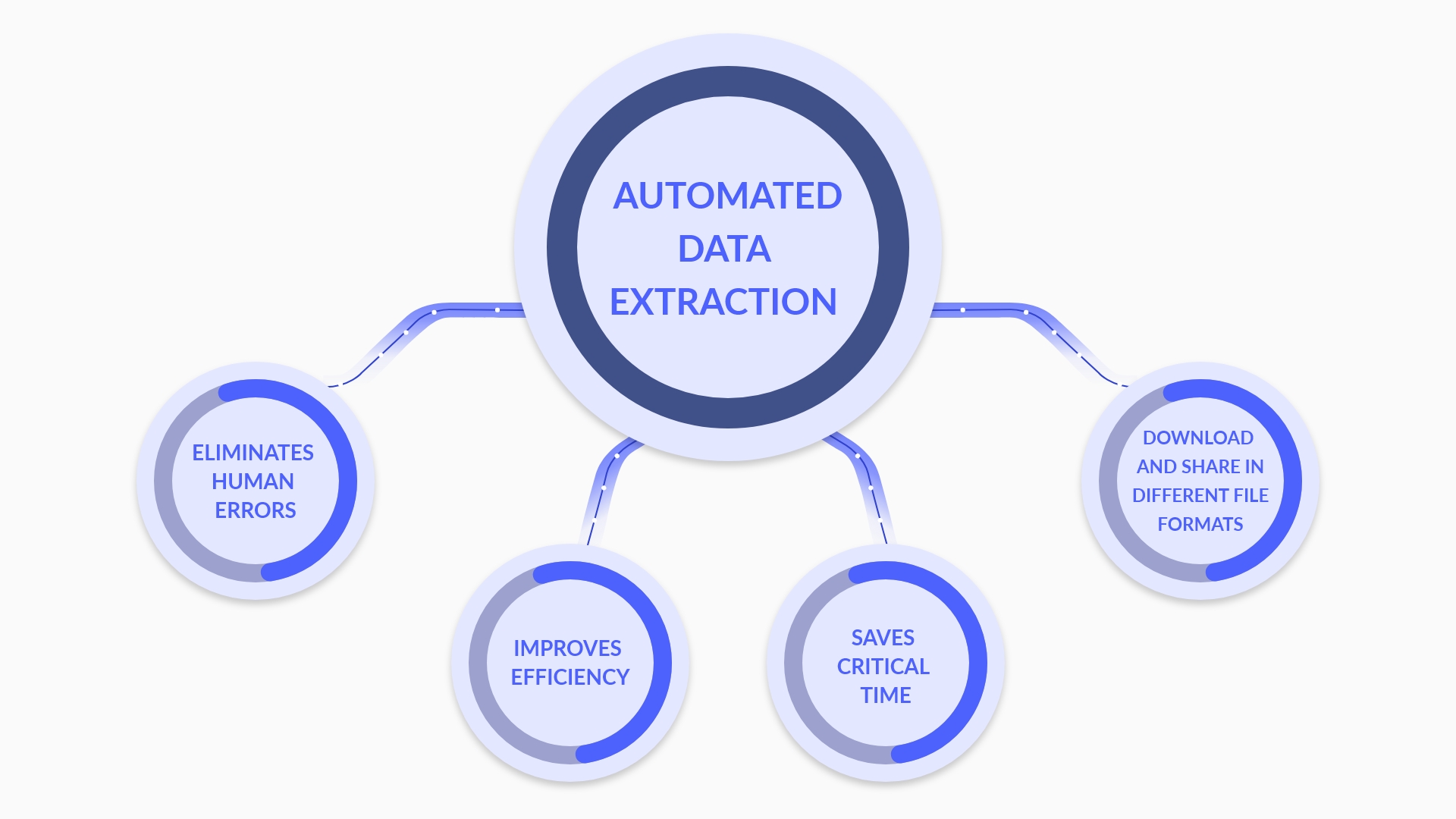 What is Data Extraction? Here is What You Need to Know